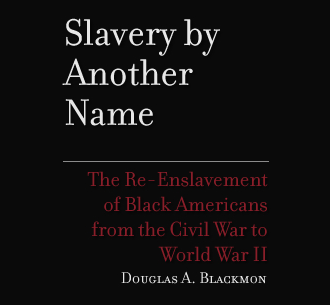 Slavery by Another Name: The Documentary Film premiered at the 2012 Sundance Film Festival and had its national broadcast on PBS on Feb. 13, visit web 2012. Check with your local PBS station for rebroadcasts. You can also watch the film online at the link below, or go behind the scenes with “The Making of Slavery by Another Name.”

Watch the Film     Watch “The Making Of”

Directed by Sam Pollard, produced by Catherine Allan and Douglas Blackmon, written by Sheila Curran Bernard,  the tpt National Productions project is based on the 2009 Pulitzer Prize-winning book by Blackmon. Slavery by Another Name challenges one of our country’s most cherished assumptions: the belief that slavery ended with Abraham Lincoln’s Emancipation Proclamation of 1863. The documentary recounts how in the years following the Civil War, insidious new forms of forced labor emerged in the American South, keeping hundreds of thousands of African Americans in bondage, trapping them in a brutal system that would persist until the onset of World War II.

Based on Blackmon’s research, Slavery by Another Name spans eight decades, from 1865 to 1945, revealing the interlocking forces in both the South and the North that enabled this “neoslavery” to begin and persist.  Using archival photographs and dramatic re-enactments filmed on location in Alabama and Georgia, it tells the forgotten stories of both victims and perpetrators of neoslavery and includes interviews with their descendants living today.  The program also features interviews with Douglas Blackmon and with leading scholars of this period. Major funding for Slavery by Another Name is provided by the National Endowment for the Humanities, W.K. Kellogg Foundation, The Coca-Cola Company and the CPB/PBS Diversity and Innovation Fund. PBS broadcast is targeted for early 2012. 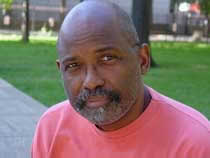 Sam Pollard is the editor of the Edward Norton feature length documentary, By The People: The Election of Barack Obama, airing on HBO. He served as documentary producer of Blackside production’s Eyes on the Prize II: American at the Racial Crosswords, and Co-Executive Producer/Producer of I’ll Make Me a World: Stories of African-American Artists and Community. He directed Zora Neale Hurston: Jump at the Sun for American Masters. Pollard has also worked extensively on Spike Lee’s films, including When the Levees Broke. His productions have won multiple Emmy Awards, George Foster Peabody Awards, the George Polk Award, the NAACP Image Award, and the Pare Lorentz Award from the International Documentary Association. Pollard is also a Professor of Film Studies at the New York University Tisch School of the Arts. 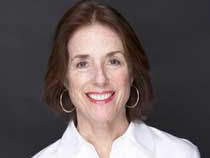 Catherine Allan is a Senior Executive Producer at tpt National Productions. Her executive producing credits include two Peabody Award-winning productions: Liberty! The American Revolution and the feature-length documentary, Hoop Dreams, named the number one documentary of all time by the International Documentary Association. Other productions include the Emmy Award-winning Benjamin Franklin; Alexander Hamilton and Kinsey for American Experience; the Cine Golden Eagle winner Continental Harmony; The New Medicine; and Jane Goodall: Reason for Hope. Allan’s most recent project is a 90-minute documentary for PBS on Dolley Madison. 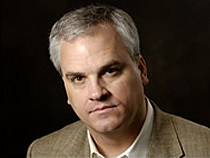 Douglas Blackmon is the Atlanta Bureau Chief for the Wall Street Journal. Prior to joining the Journal, Blackmon was a reporter for the Atlanta Journal-Constitution, where he covered race and politics, and special assignments including the fall of the Berlin Wall and the civil war in the former Yugoslavia. In 2001, he revealed in the Journal how U.S. Steel Corporation relied on forced black laborers in Alabama coal mines in the early 20th century, an article which led to his first book, Slavery By Another Name. His article on U.S. Steel was included in the 2003 edition of Best Business Stories. The Journal’s coverage of Hurricane Katrina received a special National Headliner award in 2006.

If You are interested in purchasing drugs online, now may be the best moment to do so. It isn’t arduous for men to get medicaments online. How it is possible? Let’s discuss about few remedies. Learn more about “buy cialis online“. Are you considering about to get medications, such as Viagra, from the Web? Sometimes, when folk talk about erectile dysfunction, they think “buy generic cialis online“. The very substantial aspect you have to look for is “buying cialis online“. Diabetes, venous leak, certain diseases, and several medicaments can reduce your sex drive. Emotional stress may affect physical function, including performance. Positively, take Viagra exactly as prescribed by your physician.